NEW POST!
You are at:Home»Engagements»Sharing preliminary results for the FIKA SALAMA study
By AdminSPEED on 01/04/2019 Engagements

Recently SPEED project undertook a study to establish the health system cost savings attributable to “operation Fika Salama” in Uganda. Fika Salama is an operation that was initiated by Uganda police in collaboration with Uganda National Roads Authority and Ministry of Works and Transport and several health facilities in response to the increased road accidents that were happening on Kampala- Masaka road.

With curiosity to know the total cost of road traffic accidents to the health system, the economy and the number of accident causalities saved by the operation, SPEED project spearheaded a study  entitled; Health system cost savings attributable to “operation Fika salama” in Uganda-Case Study of Health Facilities handling Road Traffic Accident Victims along Kampala-Masaka Road.

The study specifically ought to establish the following;

On 4th February 2019, a stake holder meeting was organised as follow up on the first meeting that took place in June last  year to seek stakeholder’s inputs in the proposed study. This time, preliminary results were given following a field work study done and various interviews made with the key stakeholders.

Group photo of participants comprised of people from the Uganda Police Force, Health officers, Makerere University, and Ministry of Works and Transport

While giving his opening remarks, Prof Freddie Ssengooba, – Director SPEED informed members that the meeting was to share preliminary results of the study that was commissioned in June 2018. The meeting was to give an update of where the team had reached. “The gist of this study is around innovations in policies/ interventions and to ensure that they are sustainable amidst the available resources especially looking at multi-sectorial approach in carrying out interventions” Prof noted.

He informed participants that SPEED project is supported by the European Union, one of the great funders of the road construction works in Uganda as well. Therefore, the union is looking forward for the study results and there might be possibilities of expanding this work further. 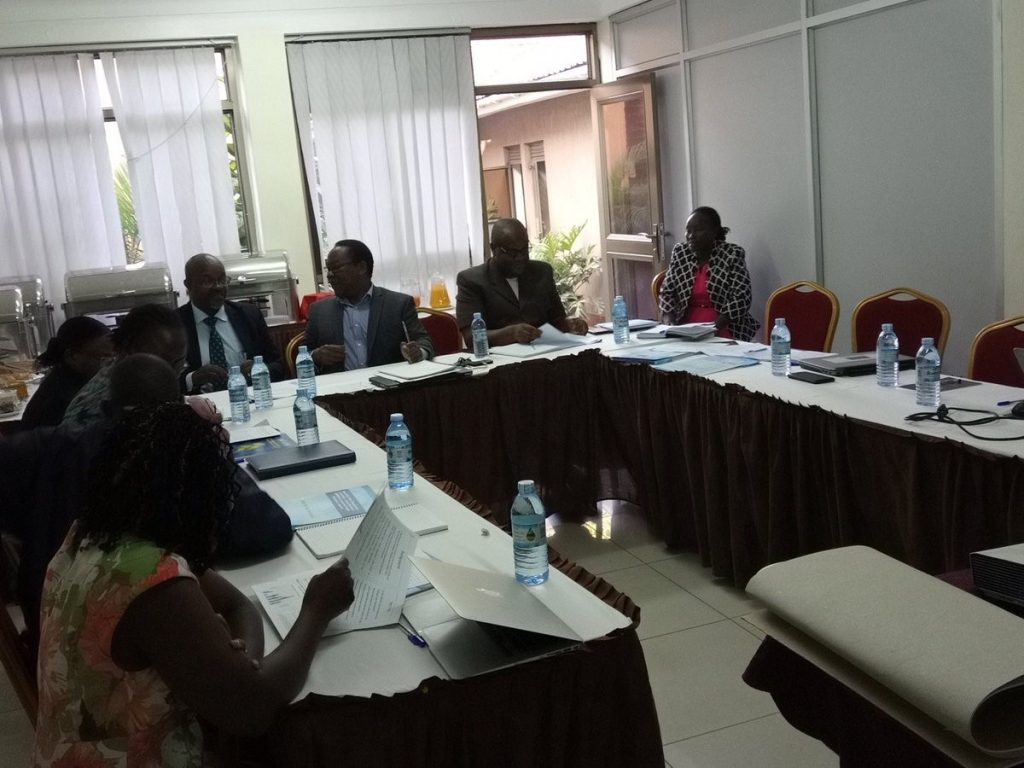 Dr Steven Kasiima -Director for Traffic and Road Safety thanked Makerere University in particular SPEED project for undertaking this work. He noted that through this study evidence will be provided that will show how Fika Salama operation worked from an independent point of view. 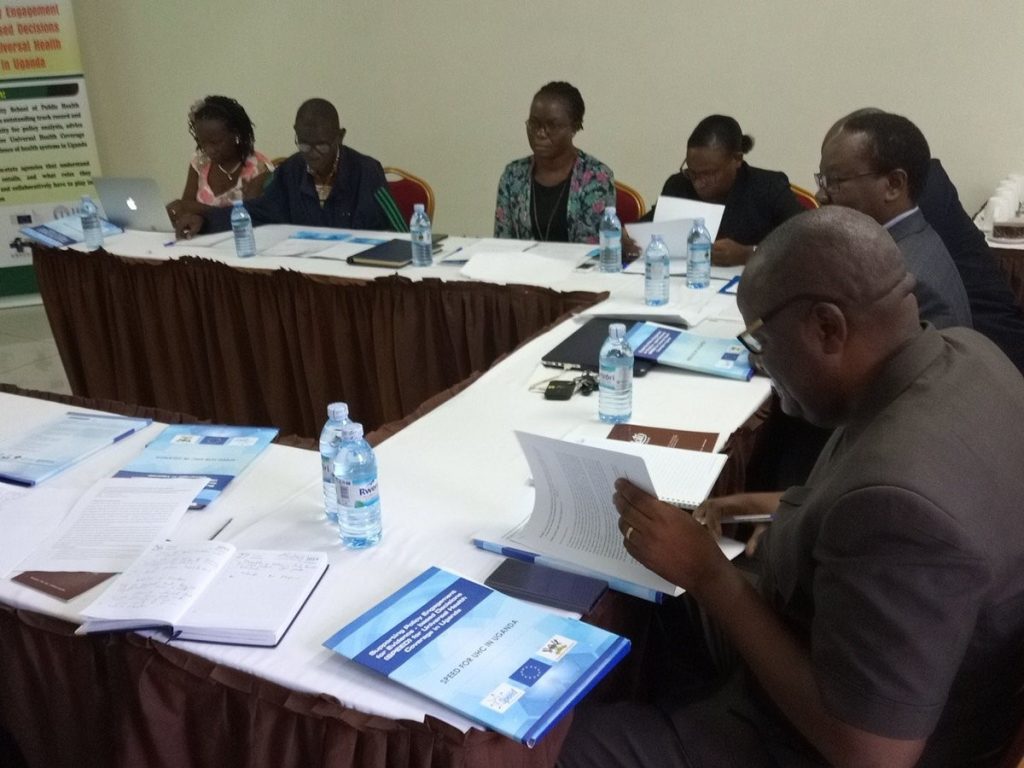 Dr Kasiima noted that Fika Salama started in August 2016 time when road accidents were common on kampala-Masaka road. The operation started amidst challenges eg sustainability issues, inadequate funding, equipment, identifying the best personnel etc.  He further noted that the plan to have cameras on various roads in Uganda will re-enforce the operations to reduce road accidents.

Presentation of the preliminary results

Mr. Kaganda Paschal the coordinator of this study presented preliminary findings on behalf of other fellows. He noted that globally Road Traffic Accidents (RTAs) cause about 1.35 million deaths, of which 29% are motor vehicle related (WHO, 2018). In Uganda, according to Uganda Police Force Report for the year 2017, 9,572 people died due to RTAs between 2015 and 2017.However there a few past evaluations done to establish the cost saving benefits from controlling RTAs (Benmaamar, 2002)

From the presented results, Paschal informed participants that three objectives of the study had been done been addressed. Ie; 1) The numbers and trends of road traffic accidents in various phases of Operation Fika-Salama implementation.2) Estimation and comparison of   the costs incurred by medical facilities in managing road crash injuries during the different phases of operation Fika salama.3) Estimation of the non-medical costs of Operation Fika Salama associated with various phases of the operation and identification of their key cost drivers.

The high lights of the findings included;

In his closing remarks, Mr. Katushabe Winstone- Commissioner, Transport Regulation and Safety (Ministry of Works and Transport), appreciated SPEED Project for undertaking this relevant  study. From policy perspective he noted that this study will give them the needed evidence that can be shared to politicians. He noted that the current information can be used even to inform their cabinet paper the ministry is writing. 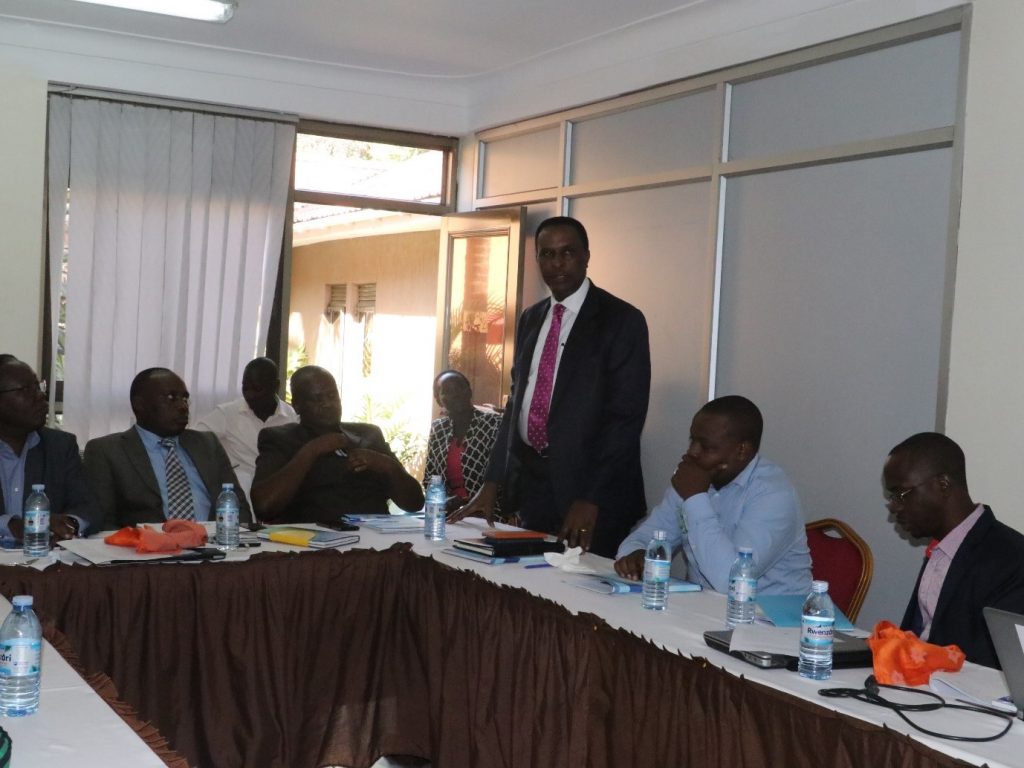 The stakeholders present from various facilities requested to share the necessary materials so as to help in the final computation of the costing part of the study.