NEW POST!
You are at:Home»Engagements»Members of Parliament welcome Indoor residual spraying Strategy for malaria Elimination in Uganda.
By AdminSPEED on 30/05/2019 Engagements

On 9th May 2019, the SPEED consortium organised a coalition meeting with Members of Parliament to disseminate the key findings on the cost-saving strategy study for the elimination of Malaria in Uganda using Indoor Residual Spraying (IRS) intervention.

Malaria remains a serious public health problem globally contributing to approximately 216 million cases and 445,000 deaths (WHO, 2017). In fact, Uganda was reported as the second largest contributor of the total estimated malaria cases in East and Southern Africa in 2016, with a percentage contribution of 17 percent (WHO, 2017).

Efforts to contain malaria have been undertaken in Uganda, for instance, deployment/ distribution of Long Lasting Insecticide Treated Nets (LLITNs) as the key vector control method. However, malaria has remained high. It contributes to $200 million annually in lost productivity indirectly impacting on the economy and development in general[1].

Following the Launch of Mass Action against Malaria in April 2018, it was ascertained that the total cost of implementing IRS was not known.  SPEED consortium launched a study to generate evidence on the costs of implementing IRS as the most effective method of controlling malaria and on 9th May 2019, the results were shared with MPs at Serena Hotel- Kampala. 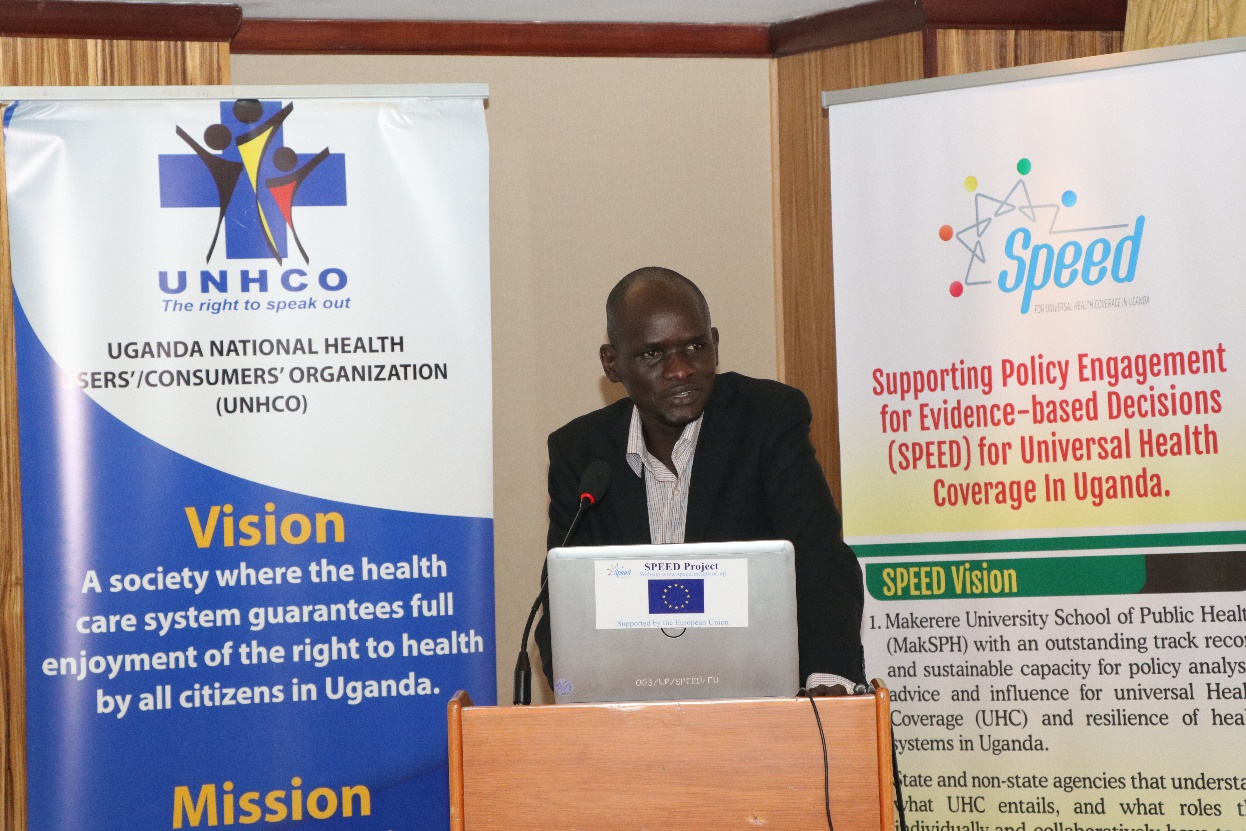 Mr.Tony Odokonyero, a Research Analyst with EPRC, one of the SPEED partners presented the study findings and said that 70% of the country has high levels of malaria. He warned that worth about 9 – 11 billion Shillings per annum is lost, just from a 1% increase in malaria morbidity. A huge sum of such monies is spent on case management.

Mr. Peter Kwehangana Mbabazi from the National Malaria Control Division- Ministry of Health shared the malaria situation brief indicating that severe cases of malaria have dropped from 846,000 in 2016 to 457,000 in 2017. He noted that general malaria cases reduced from 9.4 million in 2017 to 7.06 million in 2018. Mbabazi called for the sustenance of the gains in reducing malaria mortality, strengthening of health care delivery system to ensure prompt diagnosis, treatment and timely referral at all levels. 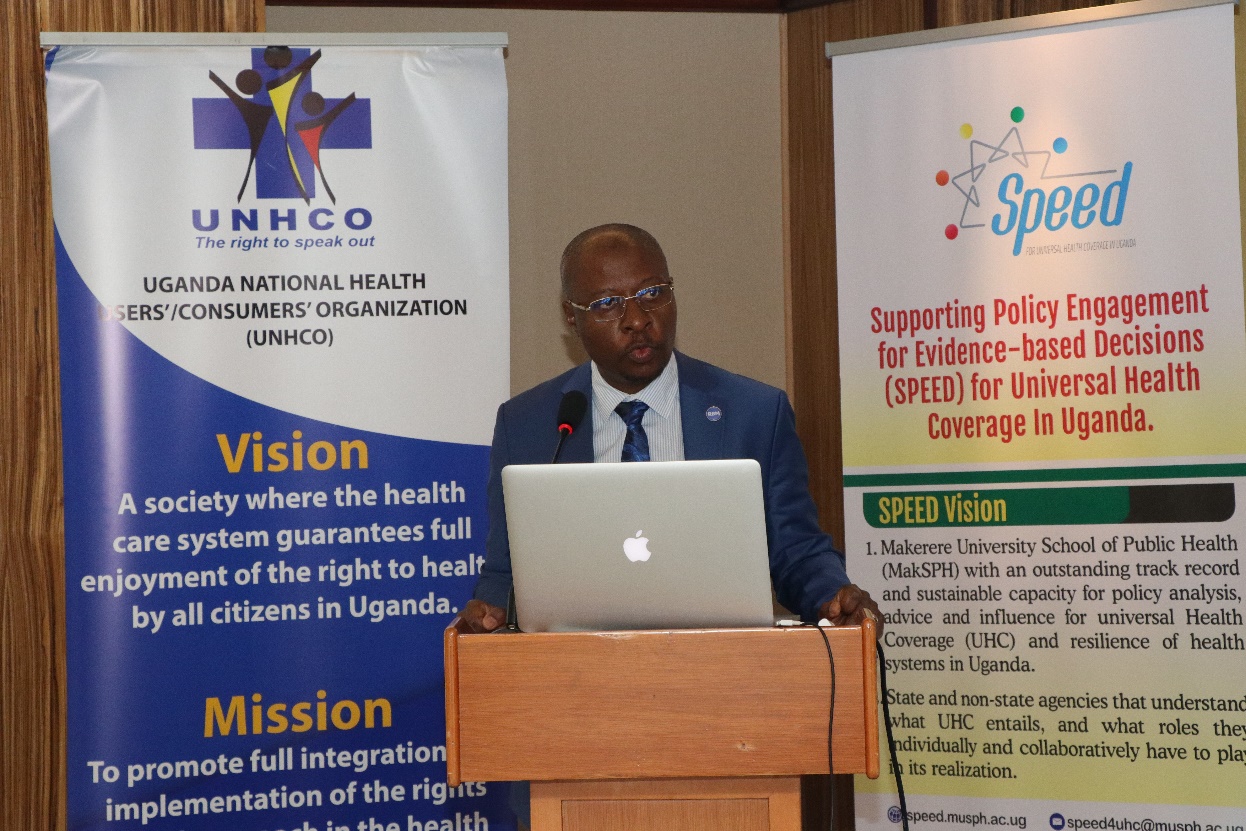 Whereas some MPs said IRS might not be effective due to fake insecticides, high costs of spray equipment and lack of political will, the majority supported it.

Others expressed fear that the chemicals used could contaminate household foodstuffs since many people nowadays store food in the same houses they reside in. 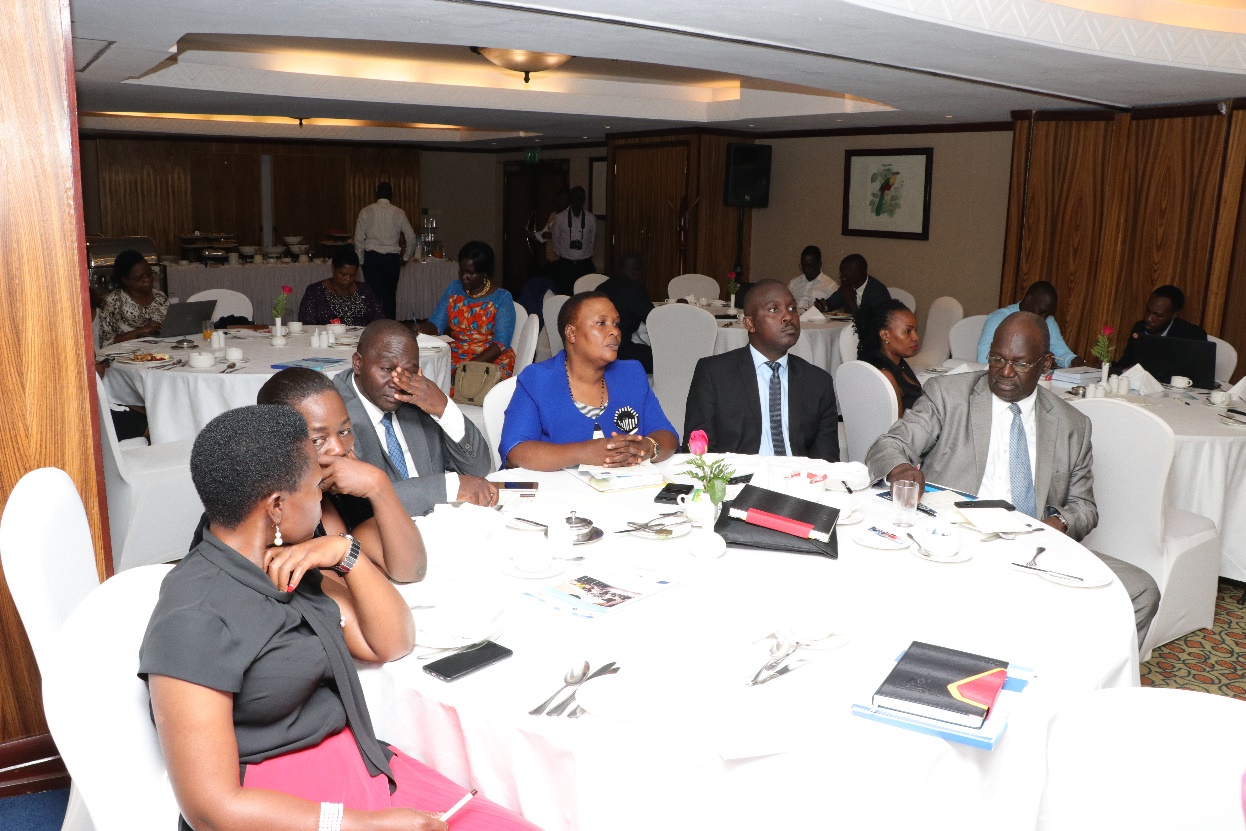 Some of the Hon. Members of Parliament who attended the meeting

Prof Freddie advised MPs that such are not scientifically approved conclusions. He called upon MPs to lobby for the needed finances as presented in the study for the implementation of IRS. Prof Ssengooba also thank Dr. Michael Bukenya for being so supportive of different initiatives that aim at improving the Health of Ugandan. He donated him a UHC book as a token of appreciation for the great work done. 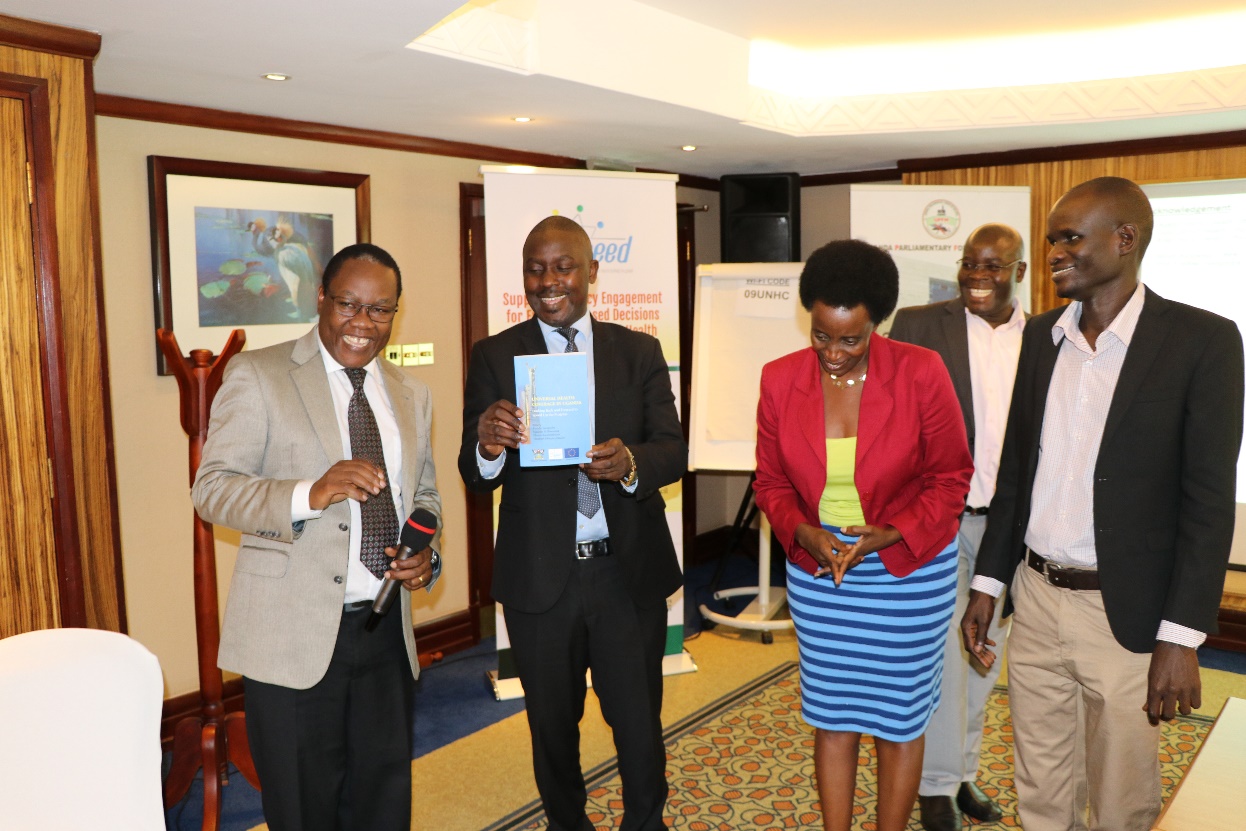 In summary, The IRs Study came up with these findings and recommendations.