The meeting was held at Silver Springs Hotel in Bugolobi.

According to the final scores, Inadequate numbers received the highest number of votes under Human Resources for Health, under Infrastructure Private-Public-Partnerships occupied the first slot, population control and media involvements took top slots under Social Determinants; under Information Systems it was poor use of Information; under Health Financing came insurance and prepayment plans and inadequate funding for health research; priorities under Community Healthh were community involvement in governance and accountability. Overall, Health workforce got 30 votes, Governance and Community Health tied at 29 votes and Health Finance and Service Delivery tied at 28 votes. 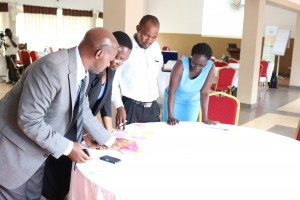 The well-attended meeting provided an idea of the interest stakeholder have in Universal Health Coverage, particularly where resources for research need to be deployed. Stakeholders came from Ministry of Health, Ministry of Finance, Ministry of Agriculture, other government ministries, government authorities and parastatals, civil society organisations and academia. 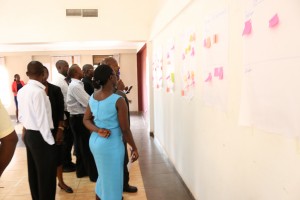 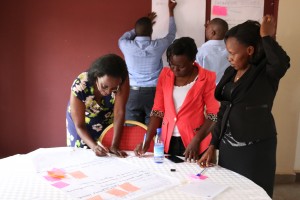 In his closing remarks, Professor Ssengooba promised that the team at SPEED would quickly consolidate the outcomes of the two agenda-setting meetings and share the final report. He said efforts will be made to ensure that the results are integrated into the Ministry of Health strategy and plan for Universal Health Coverage. He thanked the stakeholders for the rich contribution to the process and promised to solicit for additional input.