NEW POST!
You are at:Home»NEWS and UPDATES»BLOGS»SPEED UHC Symposium Providing a Platform to Understand the Interests of the Youth
By AdminSPEED on 06/12/2019 BLOGS 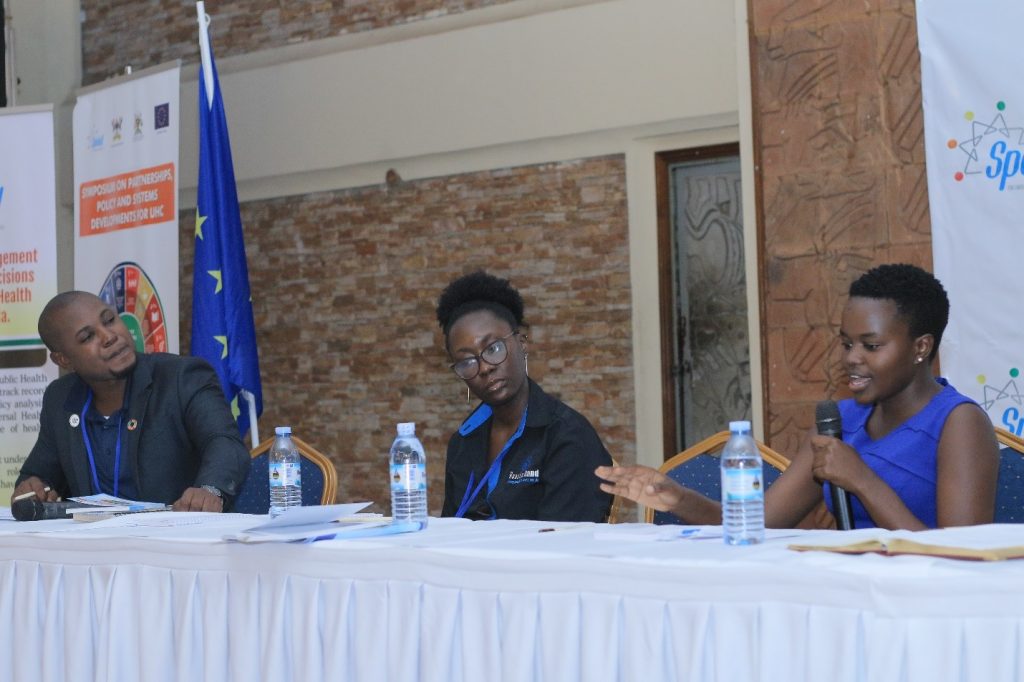 From 27-29 August 2019, the Supporting Policy Engagement for Evidence-Based Decision Making (SPEED) for Universal Health Coverage (UHC) in Uganda project, in collaboration with the Ministry of Health, Uganda, hosted an International Symposium on Partnerships, Policy, and Systems Developments for Universal Health Coverage. This year’s symposium was organised under the theme “Partnerships for Health Improvements across Governments, and Societies at Local, National and Global Levels”.

With the focus on the benefits of working in partnerships, this year’s symposium prioritised the youth by organising a special session for them in which to discuss UHC. The youth panel was the held right after the Day 1 opening plenaries and keynotes in the first parallel session of the day, and discussed the topic entitled “Putting the youth at the centre and as the focus of development efforts” under the sub-theme “Nothing For Us, Without Us”. The theme was discussed in two segments; (1) Effective Youth Participation in Public Policy: Challenges, Opportunities and way forward to advance the UHC agenda; and (2) Mental Health Needs for young Ugandans.

It was an interesting moment to hear the views of the Ugandan youths given the fact that they form the largest share of the country’s population. In their discussion under this sub-theme, the youth were concerned about accessibility to information, high unemployment rates and poor engagement of the youth in the decision making. They pointed out that access to information through the internet, has become expensive especially after the introduction of social media tax (OTT) in Uganda; yet social media is one of the most efficient ways they use to share and exchange information with fellow youths.

The youth called upon the government to utilise their skills and work on challenges affecting them especially unemployment rates in both rural and urban areas. They also emphasized the need for evidence to showcase these realities, particularly in rural areas. Taking a leaf out of the symposium theme, they too believed in fostering partnerships with cultural leaders, and that socio-behavioural change would only be possible through bottom-up processes that begin within the communities first.

Whereas the youths from the urban settings appreciated the role of social media in contributing to their health and wellbeing, their counterparts from rural areas had different platforms for engaging fellow youths. In fact, in rural areas, access to the internet is still not an option. “In our areas, we don’t have concerns with internet/bundles because we use ordinary phones with no social media applications”– one of the participants mentioned. Rural youth are organised around playgrounds during sports, functions/ events etc contrary to the urban youths who can get information via social media.

Further, they showed concern about the limited involvement of the youth in government policy planning processes. “Since representatives from the National Planning Authority are present in this symposium, we call upon you to involve us in the development of the National Development Plan III… Youth are willing to share developmental ideas if given an audience”- Ms Winnie Brenda Watere, Programme manager at Reach a Hand Uganda, noted.

Other issues that came out in this panel, included the need to extend the UHC agenda as a health promotion activity in schools so that students right from Primary level are aware of the UHC concept and its details, and use of social media in innovative ways such as advocacy to promote health and UHC among the youths.

Under this sub-theme, the youth panel discussed some of the key issues contributing to mental ill-health among the youths. They highlighted a concern of the increasing anxiousness and search for identity in our digitally connected capitalist world, as a leading cause of mental stress and depression among the youths.

“The anxiety for riches, nice items such as expensive phones, clothes among others has forced many youths to a depression”- Mr Amos Mumbere mentioned.

This anxiety has created peer pressures among the youth; especially for “the haves and those who do not have. When you see your peer posting nice photos on social media, and yourself still struggling, you feel bad.”- a participant noted.

Those who are in bad situations are stressed mentally to look like their counterparts who have: “Young people who are not doing well in terms of possessions/trends, find it difficult to associate with their counterparts hence driving them to depression. – Ms Zura Mukasa Nakiwogo, a youth advocate mentioned. 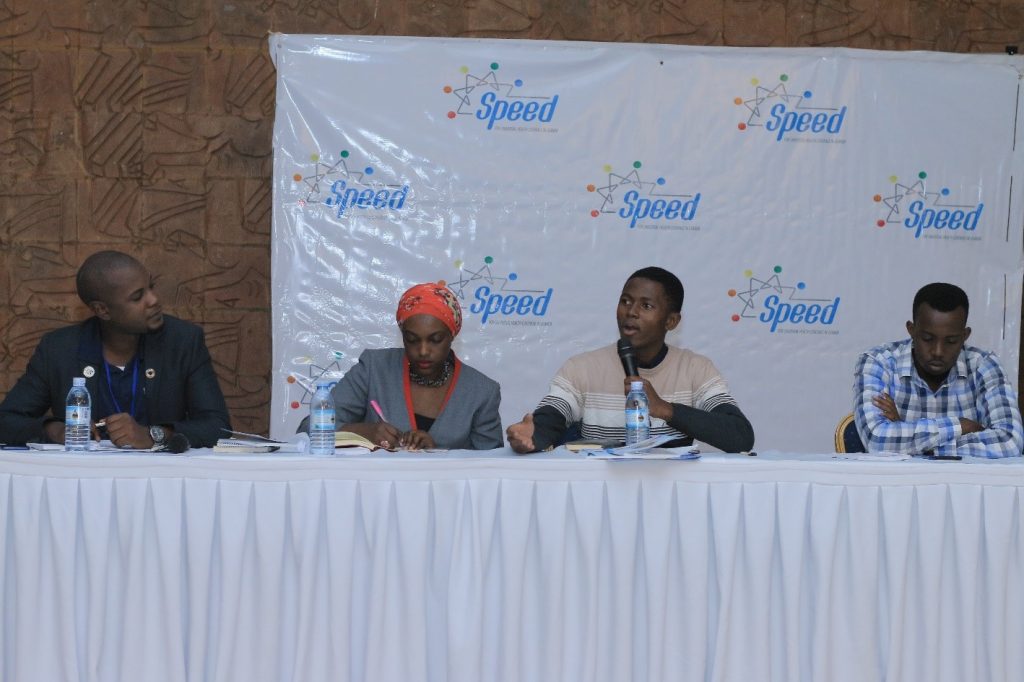 The youth also discussed how best social media could be used to create awareness for mental health issues and aid in combating depression. Whereas some participants were in support of social media in overcoming these challenges, others noted that social media are counter-intuitively exacerbating mental health problems in youth, through cyber-bullying for instance. Facebook, Twitter and WhatsApp were highlighted as the common social media platforms that are linked to generating such “poverty and identity” problems.

The youth being the majority population age group in the country can contribute substantively to achieving UHC in Uganda. Proposals were suggested in which this can be realised; these included the following: 1) Encouraging the youth to organise into permanent forums that the government can work with to address their concerns; and 2) The youth called for youth representation and leadership in partnerships that can make them part and parcel of the planning processes of the country.

Recommendations from the Youth Panel.

The youth greatly appreciated the innovativeness of the UHC symposium organisers for involving them in the discussion, and especially for providing them the opportunity of a panel discussion to share their ideas with a varied audience. In their discussions, the following were some of the recommendations that emerged: 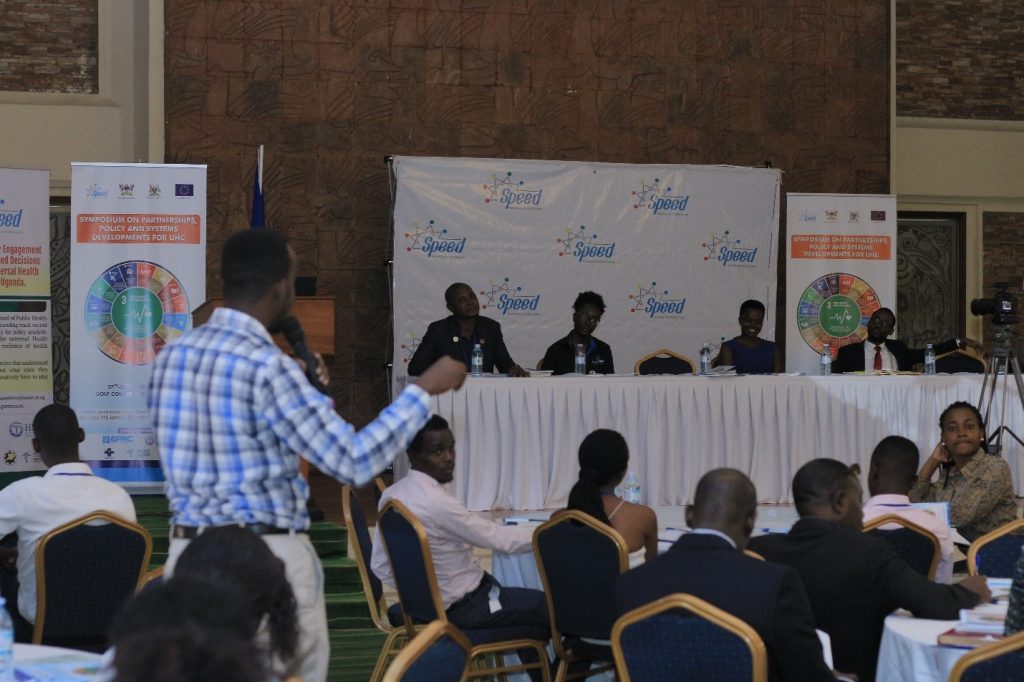 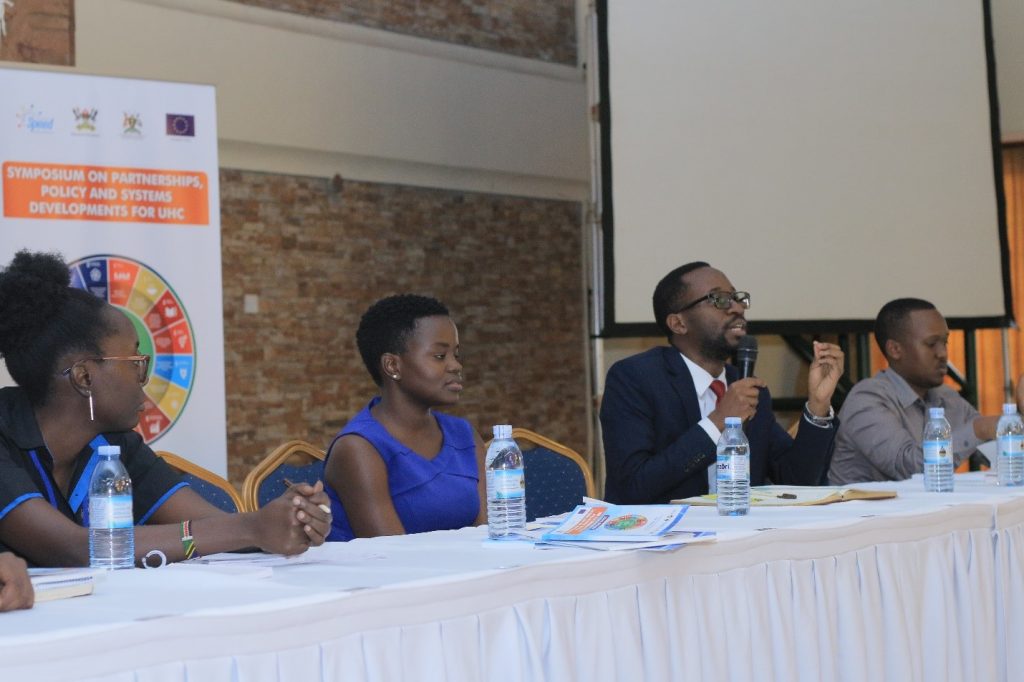 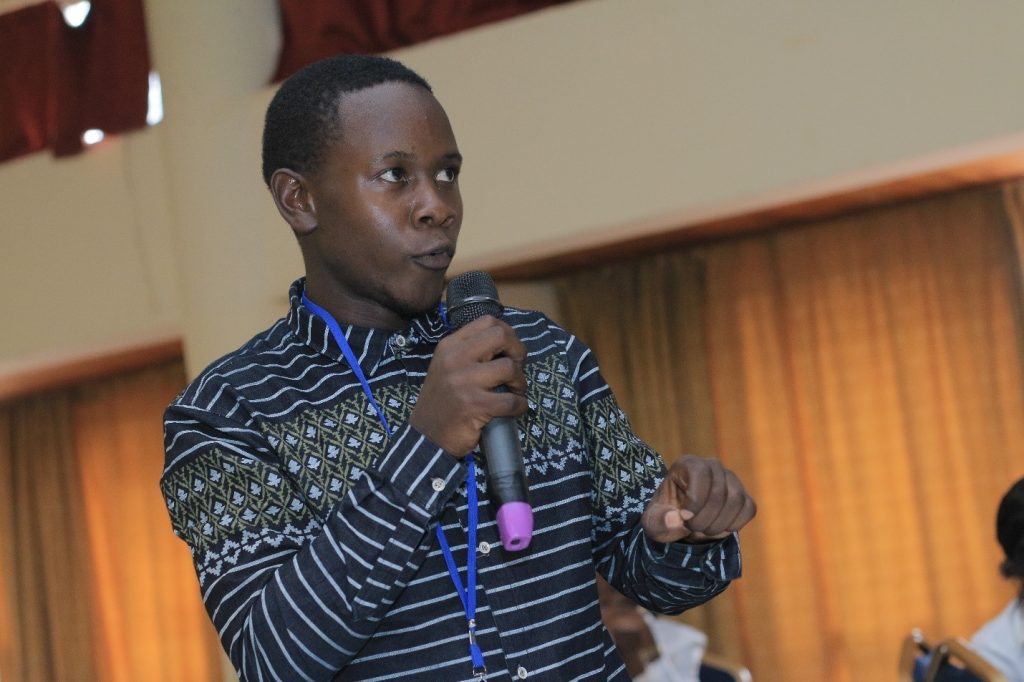 One of the discussants, highlighting the importance of designing different programmes for youth according to their areas of residence – urban viz a vis rural 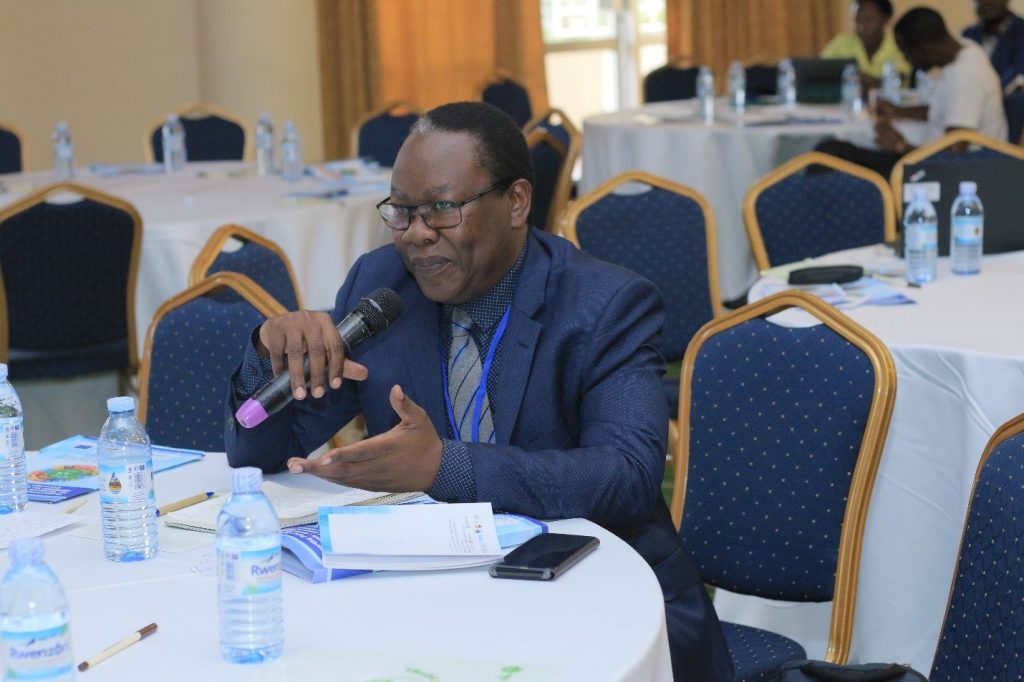