NEW POST!
You are at:Home»Engagements»SPEED members join the Uganda Parliamentary Forum on Malaria (UPFM) to welcome “Malaria Must Die” Ambassador -Ms. Charlie Webster from the United Kingdom:
By AdminSPEED on 04/04/2018 Engagements, Featured, NEWS and UPDATES 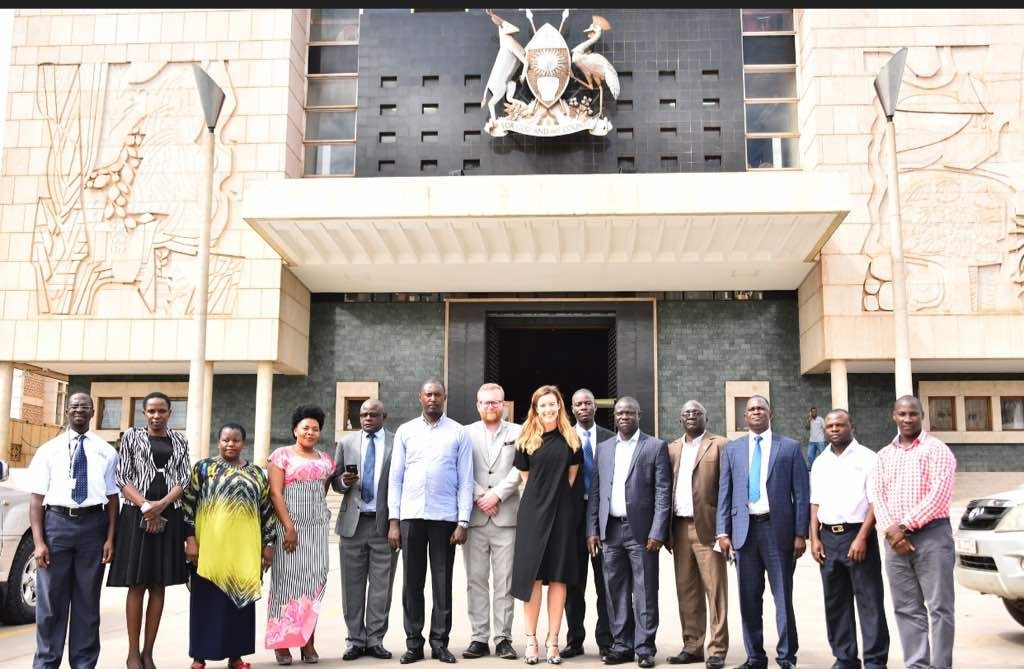 Ms. Charlie Webster is a UK Television Presenter, a Biker, and a Malaria Survivor. She also works with the UK Parliamentary Judicial department in the House of Lords. Ms. Webster contracted malaria which was not diagnosed early and led to complications that required critical attention. She was put on life support for a number of days, but eventually survived to tell the story.

Following her first-hand experience with malaria – which is still the leading cause of mortality and morbidity in Uganda – Ms. Webster, joined the global campaign to end malaria. Under the campaign, “Malaria must die – so millions can live”, Ms. Webster aims at raising awareness around global efforts to defeat malaria. She is now back in Uganda to meet people who are living on the frontlines of the malaria fight, and her work is supported by the USAID MAPD Program. She also believes that profiling malaria globally is essential to generating global action to help address the challenge. It is her considered view that she could use her platforms to speak about this global challenge and help countries in their struggle towards eradicating malaria.

As part of her visit, Charlie met with the Uganda Parliamentary Forum on Malaria (UPFM) – a recently established Forum of key decision makers in Parliament to understand the work currently being done in the area of malaria control, and how different actors could reinforce efforts already in place. Ms. Webster will also be speaking at the upcoming April 2018 CHOGM meeting in the UK, where she will be sharing her experiences with malaria and what could be done by stakeholders and partners to address this challenge.

The SPEED team was invited to be part of the UPFM meeting and requested to provide a technical brief/presentation on the state of malaria fight in Uganda. In attendance from SPEED was Dr. Aloysius Ssennyonjo (SPEED Coordinator), Mr. Chrispus Mayora (Health Economist) and Mr. Richard Ssempala (Knowledge Management Officer). Dr. Aloysius, gave a brief technical report about the trend of malaria in Uganda and how Makerere School of Public Health through SPEED project had been working closely and supporting varying stakeholders and partners in as far as providing research evidence for better policy and programming decisions. Dr. Aloysius applauded the work of Ms. Webster and was optimistic that with such international players coming on board, malaria would get the much needed attention and profiling that is critical to address the challenge.

On her part, Ms. Webster brought to the discussion the experiences she had gathered from her tour of selected districts. Importantly, she noted the need to rethink the malaria control strategy, to focus more on how to work with community networks to address the public education aspects of the malaria campaign. She noted that there was need to work closely with village health teams (VHTs) and community leadership structure to move the message out there, and a less focus on upstream issues of resources, etc.

On his part, the Vice Chairperson UPFM assured Ms. Webster of government commitment towards ending malaria once and for all. He indicated that all members of Parliament had joined the fight, and made it a political issue. He thus applauded Ms. Webster for joining these efforts and thus welcomed her- by virtue of her work – into the UPFM. With a slogan of “a malaria-free constituency: my responsibility” he was optimistic that the much needed leadership in the malaria fight is now on board and this should go a long way in reaching all communities to address the malaria challenge. The V/C UPFM thus would continue to work with everybody to ensure this mission is achieved.