NEW POST!
You are at:Home»Engagements»Validation of SPEED Approach by WHO: Global Engagement for UHC Governance
By AdminSPEED on 12/07/2016 Engagements, Featured, Latest News, NEWS and UPDATES

The Director of SPEED Project Prof. Freddie Ssengooba was invited at the meeting as one of the experts on UHC governance.

The concept note that set out the objective of the meeting framed the governance of UHC in a similar manner to that provided by the SPEED project.

“Governance is no longer the exclusive preserve of national states; multiple actors have now an influence on decision-making that affects health. Among these multiple voices, some new actors have emerged whose interest, position and influence create an increasingly complex environment in health systems. The voice of citizens and the co-production of health are also crucially important for health systems performance and better health outcomes.” WHO Concept Note

“Although Universal health coverage is presented as one goal in these national discourses, it has been realized that UHC requires policy actions in a complex and increasingly multi-sectoral arena. Legitimate role-bearers range from ministries of Health, Finance, Education, Local Governments, Labour, Gender and Community Development and among development partners, private sector and civil society organizations.” SPEED Project Document 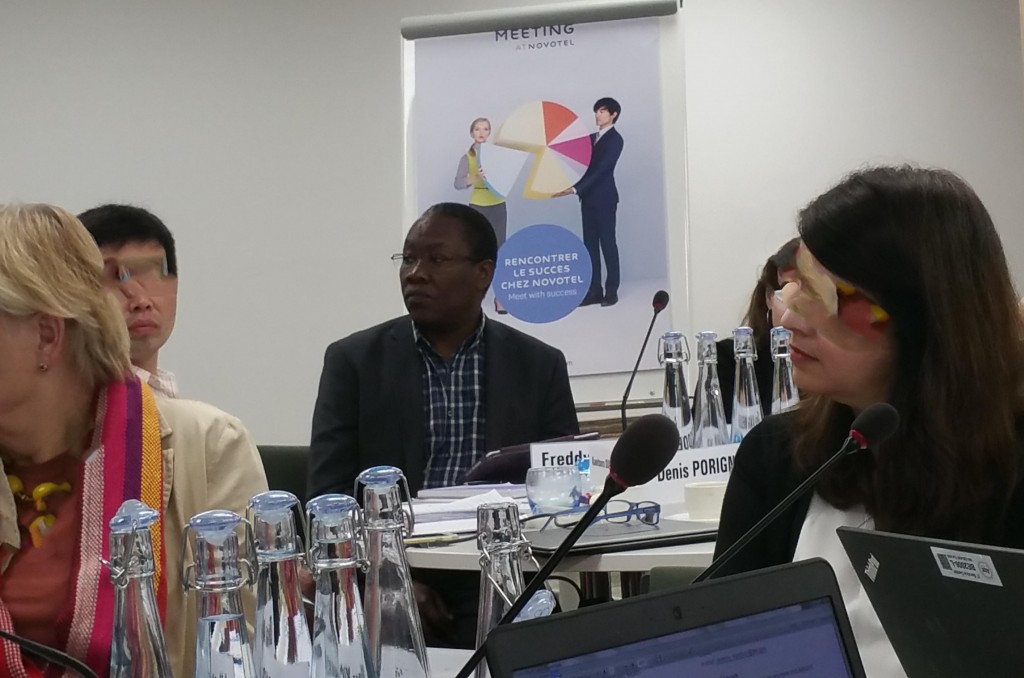 Professor Ssengooba at the meeting