Uganda has the best laws; but is worst at enforcement! These laws are not evidence based, and thus difficult to enforce. The Tobacco Control Act (TCA) No. 22 of 2015 was passed by The Parliament of Uganda on 29th July 2015, and received Presidential assent on 19th September 2015; its publication was on 18th of November 2015. The TCA entered into legal force on the 17th of May 2016 and UNHCO, The Uganda Police and Kampala Capital City Authority have since conducted shisha (flavoured tobacco) operation in accordance with Section 16 of the Tobacco Control Act that bans the sell, importation, display and buying of Shisha in Uganda by any person.

On the 8th of March 2018, Uganda National Health Consumers’ Organisation (UNHCO) was among the six tobacco control entities that were awarded the MPOWER award at the World Tobacco Control and Health Conference 2018 in Cape Town- South Africa. MPOWER stands for Monitoring, Protecting, Offering help, Warning about dangers of tobacco, Enforcing Bans on tobacco Advertising, promotions and Sponsorship and Raising Taxes on Tobacco. Two African countries won the award- Uganda and Senegal. Uganda was awarded for Enforcement. Other awardees were Vietnam, El Salvador, Mexico and Argentina. In all the awards the conference hosts have not been beneficiaries and UNHCO has been the first non- state actor to win the award in East Africa. The WHO Global Ambassador for Non Communicable Diseases Michael R. Bloomberg presented the MPOWER awards in recognition of the outstanding works by government and NGOs in middle and low income countries.

During the award ceremony, Director General of the WHO-Dr Tendros Adhanom Ghebreyesus emphasised the need to take an immediate action by the world to unite for Tobacco-free generation. The WHO estimates that over 8 million tobacco-related deaths in the world will be experienced annually by the year 2030. And over 80% of smokers are from low and mid income countries mostly sub-Sahara Africa. The health care systems are overburdened while caring for countless people disabled with cancer, stroke and other Non-Communicable Diseases (NCDs) caused by tobacco use; imposing high productivity costs on the African economies. Recent research by campaign for Tobacco-Free Kids, has indicated that the effects of tobacco use cut across all the 17 Sustainable Development Goals (SDGs) putting  Goal 3 on ensuring healthy lives and promoting wellbeing at stake.

In the ministers’ session, Hon. Sarah Opendi- Uganda’s State Minister for Health proposed a multi –sectoral approach and regional collaboration and coordination among countries in order to progress on the SDGs. Ms Robinah Kaitritimba -Executive Director of UNHCO thanked the Uganda delegation for being an effective team that deserved the award. She noted that the only sure way of achieving UHC in Uganda is by using the award to influence decisions that can reverse the effects of tobacco.

The MPOWER award delivers the turning point for Uganda to adopt the preventive approach which is a precursor to unlocking the core principles of universal health coverage. Prevention of ill-health allows citizens to identify and use their resources to make health at home and reduce the out of -pocket expenditure on health and clinical investment on Non Communicable Diseases resulting from tobacco use. It promotes universal access to and equity of services. The MPOWER award therefore serves to re-energise the country efforts in enforcing the public health laws and regulations. In the era of SDGs, MPOWER award is a key driver to achieving universal health coverage. Let us celebrate intently. 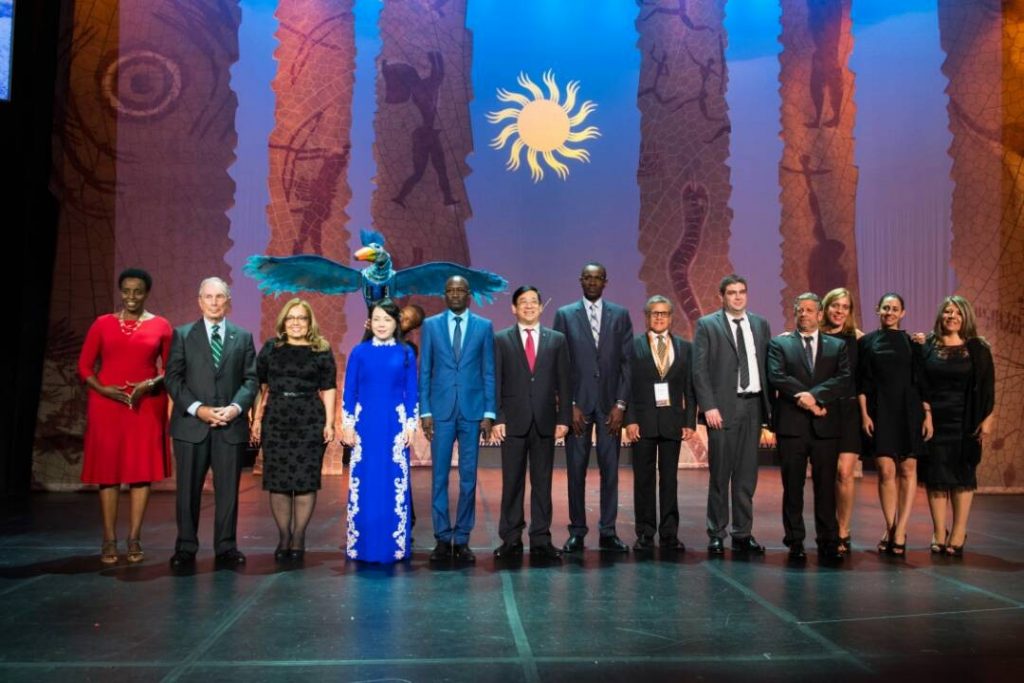