NEW POST!
You are at:Home»NEWS and UPDATES»BLOGS»Commitment to indoor residual spraying to curb potential future malaria outbreaks in Northern Uganda
By AdminSPEED on 29/03/2016 BLOGS, Featured

Northern Uganda is currently faced with a malaria epidemic and poses a challenge to Uganda’s achievement of universal health coverage and sustainable development goals (SGDs) targeting of ending malaria and other communicable diseases by 2030.  According to the Ministry of Health, the epidemic in 10 highest endemic districts of Northern Uganda started in July 2015 and by February 2016 had affected 1,005,632 people and the deaths toll attributed to the current outbreak standing at 658. Based on the 2014 population census, the 10 districts have a population of 2.5 million and as such the above prevalence rates suggest that two out of every   five individuals in the 10 districts are affected by Malaria. Disturbingly, this comes at a time when the country had just registered major successes in the fight against malaria having halved the prevalence of malaria among children under five from 42.4 percent in 2009 to 19 percent in 2014/15 according the 2014/15 Uganda Malaria Indicator Survey. This success was attributed to the use of Long-Lasting Insecticide Treated Nets (LLITNs) and Indoor Residual Spraying (IRS) as hallmark interventions. 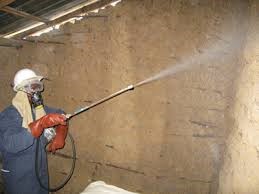 What has gone wrong?

Malaria is endemic in Uganda with 95 percent of the country infested with mosquitoes carrying malaria-causing pathogens. In response to high incidence, Uganda adopted a multi-pronged approach to prevention of Malaria. In the most endemic parts of the country (predominantly in Northern Uganda), both IRS and LLITNs were used to protect all people from malaria. In spite of this policy, less than two-thirds of households (62 percent) have at least one net for every two persons (MIS, 2014/15). Although overtime the trend of LLITNs coverage has been positive and increasing, there is still a gap between ownership and usage of nets yet the efficacy of the nets is predominantly dependant on their consistent use. There have been reported cases of gross misuse of nets with some being used as fishing nets. 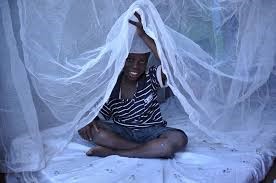 This is particularly worrisome because the coverage of more permanent alternative vector control methods such as IRS is dismal. Only 5 percent of the surveyed households reported to have received a spray in the past six months preceding the survey; although the coverage was much higher in the 10 mid north districts (44 percent). However, even by 2014/15, there were signs that the focus on Northern Uganda regarding malaria prevention was beginning to change. Specifically, the 2014/15 Malaria Indicator Survey showed that IRS coverage was highest (at 75% of households) only in 5 districts that had been sprayed in the past 6 months (i.e., Gulu, Kole, Agago, Oyam, and Apac, sprayed in October 2014). The other 5 high endemic districts (i.e., Lamwo, Pader, Kitgum, Nwoya, and Amuru) had been last sprayed more than 6 months preceding the survey (May 2014) and household IRS coverage was much lower at 51 percent. Furthermore, government considered phasing out IRS in the 10 districts of Northern Uganda to be replaced with a set of 14 districts (in Karamoja, Teso, and Lango sub regions i.e., Alebtong, Amolatar, Dokolo, Lira, Otuke, Kaberamaido, Serere, Tororo, Pallisa, Kibuku, Budaka, Butaleja, Namutumba and Bugiri).

What needs to be done?

Consistent use, prioritisation and investment in effective methods will go a long way in averting deaths form easily preventable diseases like malaria. Research conducted by Economic Policy Research Centre (EPRC) identified the cheapest, most sustainable methods of tackling the disease; examining the cost effectiveness of IRS and LLITNs, the researchers concluded that despite its low coverage, IRS is a more effective method of controlling malaria when compared to LLITNs.  This outcome is further augmented by findings from a 2012 study by Kigozi that found IRS to be highly associated with a reduction in malaria morbidity/illness in Apac district. The February 2016 Ministry of Health Statement indicates that IRS is scheduled to resume in June 2016 in the 10 affected districts with the commitment of UGX 22 Billion (US$ 6.6 million) funding from the Global Fund. In the interim, 34,000 LLITNs and medical personnel were dispatched to the region. Although committing of funds for future IRS is a step in the right direction, it nonetheless leaves Uganda exposed to donor fluctuations. Uganda should prioritise the financing of IRS, so that funds are committed from domestic taxes to partially insulate the country from donor dependency and ensure that routine spraying is consistency undertaken.

Gemma Ahaibwe is a Research Fellow at EPRC. EPRC is a member of the SPEED partnership.