NEW POST!
You are at:Home»Engagements»SPEED Project sharing at the 2nd International Symposium on Community Health Workers held from 22nd-24th November 2019 in Dhaka Bangladesh.
By AdminSPEED on 03/03/2020 Engagements

The SPEED project joined sister European Union-funded Project – SHARE (Strengthening Health, Applying Research Evidence) based in Dhaka Bangladesh at their Second International Symposium on Community Health Workers (CHWs). The symposium was attended by over 500 delegates including researchers, policy makers, funders, implementers, health practitioners, academics and CHWs from 35 countries. The delegates acknowledged the importance of health workers in improving the health of populations especially in low- and middle-income countries. They hence, deserve to be recognized and supported better for the attainment of Universal Health Coverage. The SPEED project was represented by three staff; Prof Elizeus Rutebemberwa, Mr. Richard Ssempala and Mr. Moses Kirigwajjo. All the three presented papers and show-cased SPEED work.

Mr. Moses Kirigwajjo presenting results of the study on compliance with Ban on Tobacco Advertisement and promotion at the symposium 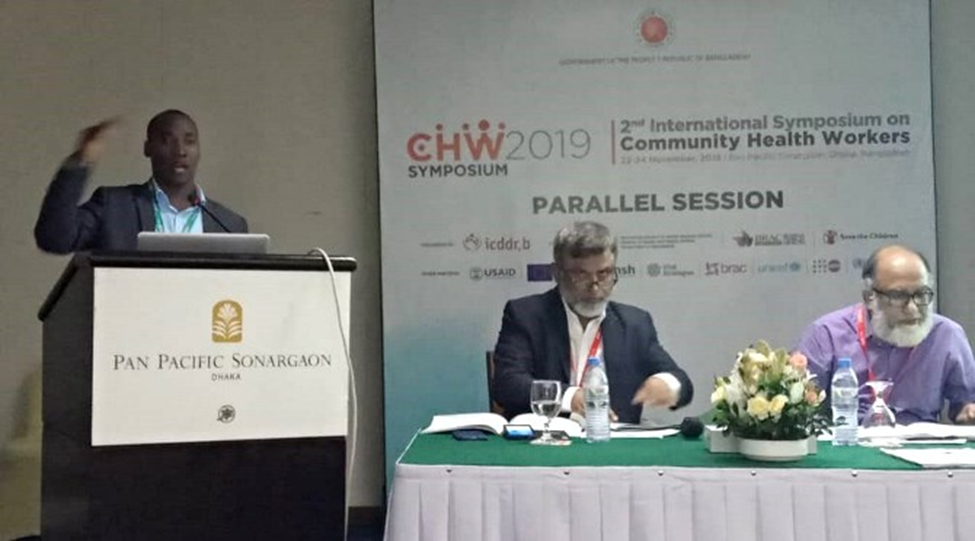 Mr. Richard Ssempala presenting results of a paper on implications of health budgetary allocations to Health services delivery and achievement of UHC 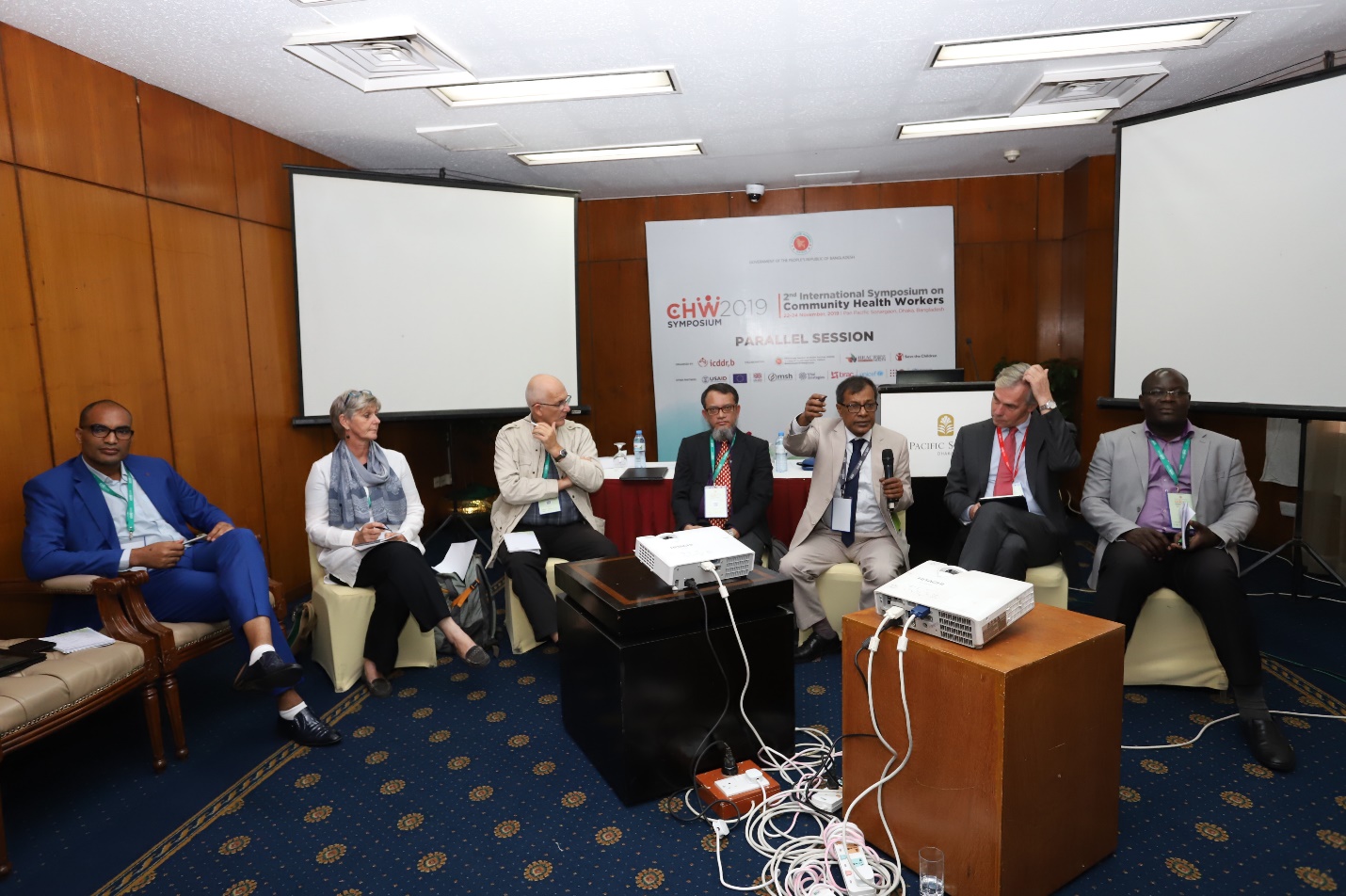 Representatives from some of the European Union-funded projects presenting updates about their respective projects at an organized side event at the symposium.

Some of the participants who attended the side event coordinated by the Supporting Public Health Institutes Programme (SPHIP) team on the theme: Citizen’s research: collaboration between researchers and community groups

As a follow up on the deliberations made at the symposium. A newspaper article was written and published in the New Vision of Wednesday February 2020 summarising key lessons SPEED team learnt from the symposium and how they can impact on Uganda’s health sector. 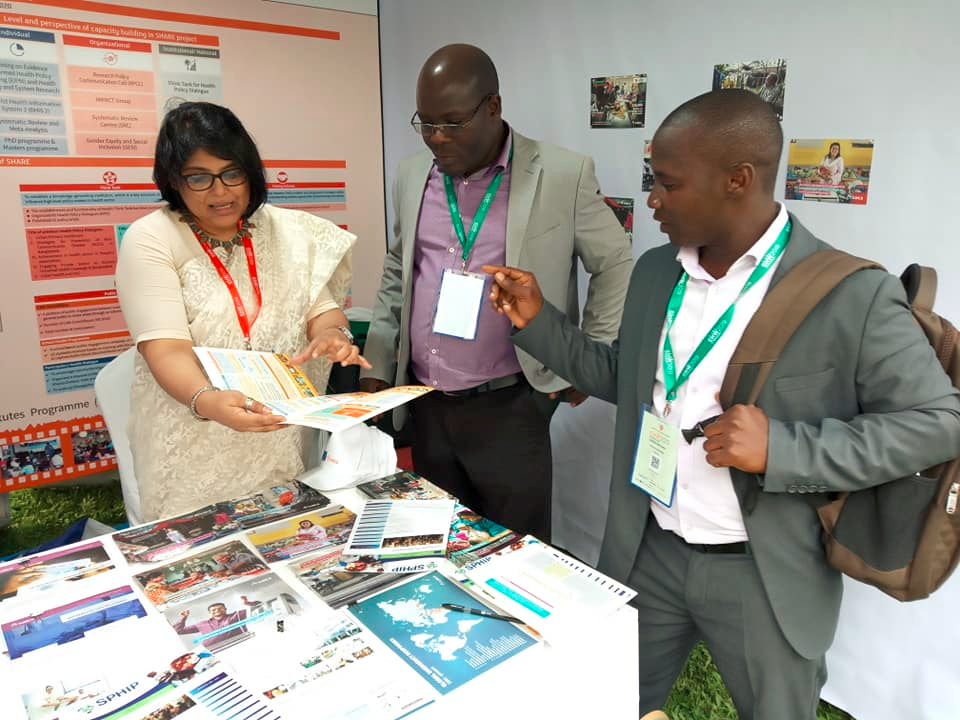